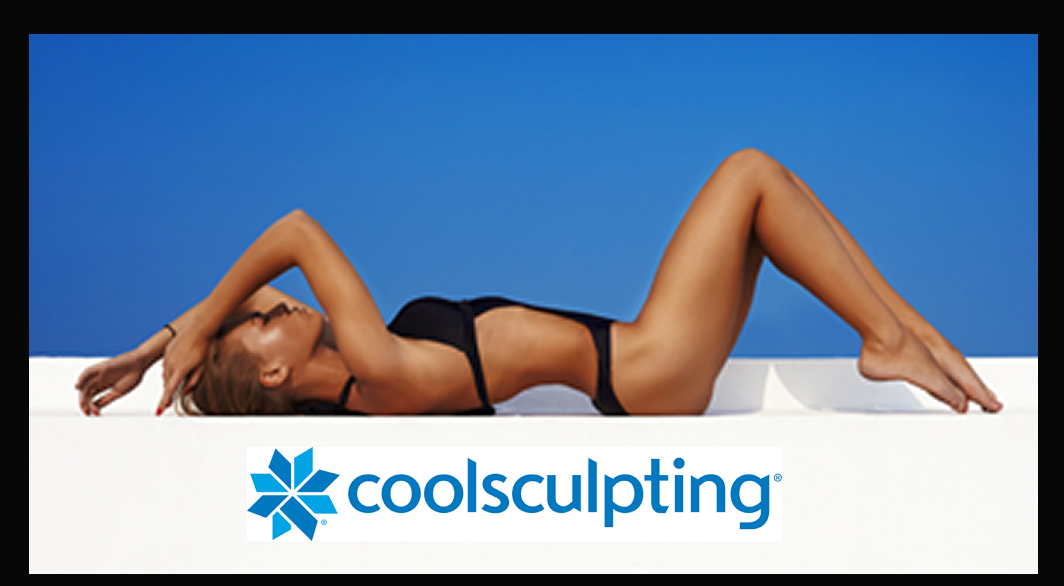 At RajaniMD, you hear us rave about CoolSculpting all the time, we’ve been treating patients’ unwanted fat since 2013 in the Portland, Oregon area. We are excited to hear the FDA has finally approved more areas, as we’ve been treating these “off-label” areas for years.

Developed by Harvard scientists, CoolSculpting is a completely noninvasive treatment that uses patented technology called Cryolipolysis to target and destroy stubborn fat cells permanently through a process called apoptosis. In plain english, CoolSculpting freezes your fat and your fat cells are programmed to die and your body rids itself of the dead waste. Sounds too good to be true? Well, it is true–and it’s taking over the stage in the aesthetic world for permanent fat removal with more treatment areas getting their stamps of approval by the FDA. CoolSculpting is a great alternative to surgical liposuction as there is absolutely no downtime, a patient can return to work or other normal daily activities immediately after treatment.

CoolSculpting entered the world as a baby with FDA approval to remove fat located on the abdomen, and then later was approved for the flanks, thighs, and double-chin. This month, Zeltiq announced the FDA has now approved CoolSculpting for fat removal on the back, the “bra bulge”, and even the fat under the buttocks.

Mark Foley, president and chief executive officer of Zeltiq, said in the company’s press release, “Our recently expanded clearance by the FDA further validates the clinical utility of our technology and further expands our leadership position in the noninvasive fat reduction space.”

This is great news because with more areas approved by the FDA, CoolSculpting can advertise their clinical results. Here at RajaniMD, we’ve worked closely with Zeltiq and the CoolSculpting university since 2013, before CoolSculpting was FDA approved for any areas. We have seen amazing results with fat reduction for these once “off-label” areas.

There are still areas awaiting FDA approval such as fat located on the back of the arms. We’ve been treating these areas for a long time and our patients are extremely satisfied. At RajaniMD, we even treat men’s breasts!

With more areas being approved by the FDA, we should be seeing a huge spike in demand for CoolSculpting as the device is becoming the number one alternative to surgical liposuction. It’s great timing also as summer is approaching. Get the summer body you’ve always wanted and call us today for your complimentary consultation!

MicroNeedling may be your number one best at home skin device. Many people try Radiofrequency,…

APPLY THIS to SMOOTH WRINKLES // Better Than Botox

Apply This to Smooth the Skin. In many ways skin creams and skin care routines…

INSTANTLY ✨LOOK YOUNGER and REFRESHED with ONE SIMPLE DROP // Upneeq

Recent Posts
Back To Top
We use cookies on our website to give you the most relevant experience by remembering your preferences and repeat visits. By clicking “Accept All”, you consent to the use of ALL the cookies. However, you may visit "Cookie Settings" to provide a controlled consent.
Cookie SettingsAccept AllReject All
Manage consent

This website uses cookies to improve your experience while you navigate through the website. Out of these, the cookies that are categorized as necessary are stored on your browser as they are essential for the working of basic functionalities of the website. We also use third-party cookies that help us analyze and understand how you use this website. These cookies will be stored in your browser only with your consent. You also have the option to opt-out of these cookies. But opting out of some of these cookies may affect your browsing experience.
Necessary Always Enabled
Necessary cookies are absolutely essential for the website to function properly. These cookies ensure basic functionalities and security features of the website, anonymously.
Functional
Functional cookies help to perform certain functionalities like sharing the content of the website on social media platforms, collect feedbacks, and other third-party features.
Performance
Performance cookies are used to understand and analyze the key performance indexes of the website which helps in delivering a better user experience for the visitors.
Analytics
Analytical cookies are used to understand how visitors interact with the website. These cookies help provide information on metrics the number of visitors, bounce rate, traffic source, etc.
Advertisement
Advertisement cookies are used to provide visitors with relevant ads and marketing campaigns. These cookies track visitors across websites and collect information to provide customized ads.
Others
Other uncategorized cookies are those that are being analyzed and have not been classified into a category as yet.
SAVE & ACCEPT