How does CoolSculpting work? 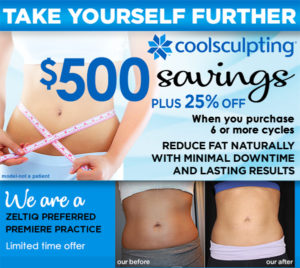 CoolSculpting uses cryolipolysis, also known as “fat freezing”. Basically, during cryolipolysis, the fat cells in the treated area are crystalized (frozen) to the point where they are damaged and die – a process called apoptosis, or programmed cell death. Then, your white blood cells consume the affected cells so they can be filtered and processed by the body. Over time, your body will excrete crystalized fat through the urine, about half the size of a french fry each day.

Is CoolSculpting right for me?

What results can I expect from CoolSculpting treatment?

Results from your CoolSculpting treatment include a 20-25% reduction in your body’s fat cells, which is a permanent result. You’ll start to see changes as soon as 4-6 weeks after your treatment. Final results may take up to 6 months. Results can vary from patient to patient. 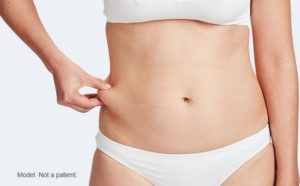 You may feel discomfort during the procedure, it’s similar to holding an ice pack on your skin for a longer than normal period. It’s possible to feel pain from the numbness caused by the cooling sensations from the freezing applicator used during the procedure. You may also feel slight pinching and pulling sensations as the fat cells are frozen and pulled out. Such effects may last between 5 and 10 minutes.

What is the science behind CoolSculpting?

The development of CoolSculpting comes from the clinical observation of cold-induced panniculitis. In 1970, scientists, Epstein and Oren coined the term popsicle panniculitis after reporting transient fat necrosis in the cheek of an infant who had been sucking on a popsicle.  Initially described in infants, cold-induced panniculitis has also been observed in adult patients. These observations led to the concept that lipid-rich tissues are more susceptible to cold injury than the surrounding water-rich tissue.

How long does the procedure last?

When will I see my results?

You’ll start to see changes as soon as 4-6 weeks after your treatment. Final results may take up to 6 months. Results can vary from patient to patient.

How much does CoolSculpting cost?

That all depends on what areas you treat and how many treatments you have. Many patients choose to do CoolSculpting on multiple areas to reach their ideal end result. Typically, CoolSculpting will cost anywhere between $500-$5,000 for a personalized treatment plan. However, pricing may vary from patient to patient.

CoolSculpting has been cleared by the FDA to effectively treat nine different areas of the body. Clinical trials have demonstrated CoolSculpting to be safe and effective in reducing fat in certain areas.

Where does the fat go after treatment?

After your treatment, your liver naturally processes, metabolizes and eliminates the dead fat cells over time. In the process of fat cell elimination, your body will excrete the broken down fat cells in a crystal form through the urine. Your body will excrete about half a french fry’s worth of microscopic fat cell crystals each day.

What happens if I gain weight after CoolSculpting?

CoolSculpting helps eliminate stubborn pockets of fat. But, since CoolSculpting is not a weight loss treatment, it is possible to gain weight post-treatment if you don’t keep up your healthy habits. However, after your CoolSculpting treatment, you will lose 20-25% of your body’s fat cells, which means it will take a substantial amount of weight gain to notice an increase in size in your treated areas. 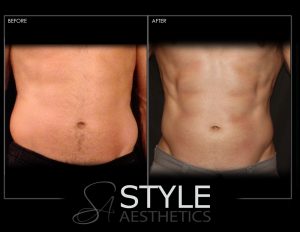 What areas can be treated with CoolSculpting?

CoolSculpting is FDA-cleared for the treatment of visible fat bulges in the submental (under the chin) and submandibular (under the jawline) areas, thigh, abdomen and flank, along with bra fat, back fat, underneath the buttocks (also known as banana roll) and upper arm.

Are there any side effects with CoolSculpting?

Typical side effects include temporary redness, swelling, blanching, bruising, firmness, tingling, stinging, tenderness, cramping, aching, itching, or skin sensitivity in the areas treated. Also, sensation of fullness in the back of the throat after submental or submandibular area treatment can occur. Rare side effects may also occur. Paradoxical hyperplasia (visibly enlarged tissue volume in the treated area) may develop two to five months after treatment and requires surgical intervention for correction.

We provide a $50 gift card for all our NEW patients! For our existing patients, we have an amazing reward program that includes custom savings during each visit. We love spoiling our clients!

Contact our office in Portland, OR at 503-303-8313. We would be happy to answer any questions you have about CoolSculpting and schedule an appointment.

Before your CoolSculpting procedure

Certain preparatory steps can help make the day of your treatment more comfortable. Make sure you bring something to read or play with, eat a small snack to prevent nausea from treatment and wear loose, comfortable clothing.

During your CoolSculpting treatment

The applicator will be placed on the treatment area and there will be a slight sucking sensation as it adheres to your body, followed by that signature cooling effect. During the procedure you may experience sensations of pulling, tugging, mild pinching, intense cold, tingling, stinging, aching, and cramping at the treatment site. These sensations subside as the area becomes numb. People frequently listen to music, read, or even work on the computer during the procedure.

There is little to no recovery time after a CoolSculpting procedure. Most people are approved to resume normal day-to-day activities immediately after. In some cases, some minor redness or soreness may occur in the area treated, but all minor side effects typically subside within a few weeks. Aside from that, We encourage you to drink lots of water after your treatment, to promote the excretion of the fat crystals. 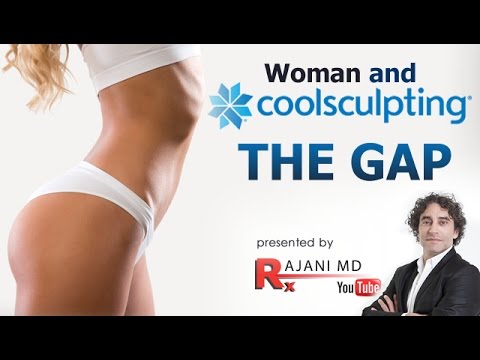 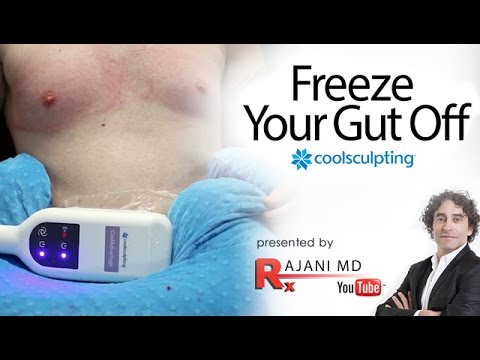 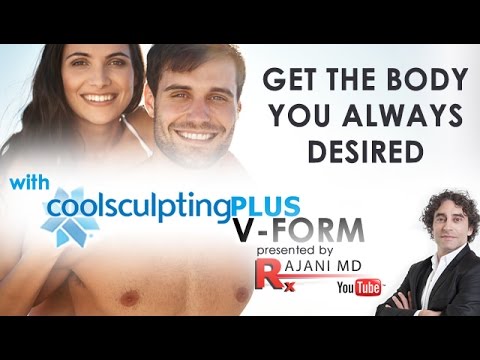 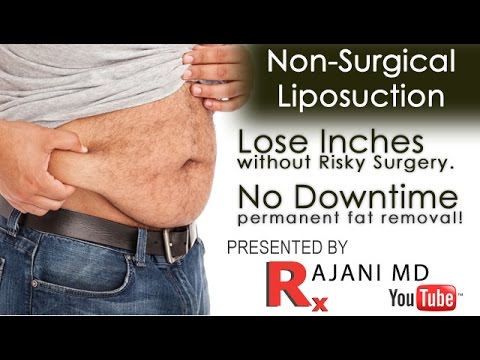 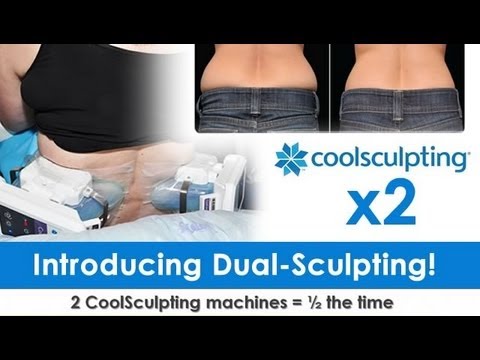 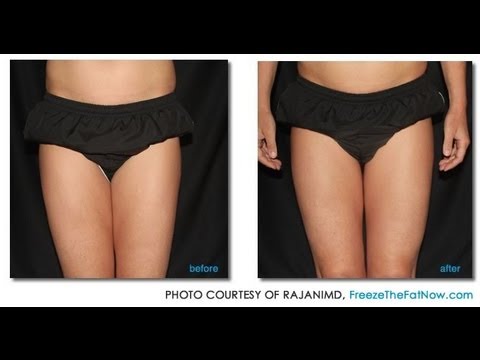 Back To Top
We use cookies on our website to give you the most relevant experience by remembering your preferences and repeat visits. By clicking “Accept All”, you consent to the use of ALL the cookies. However, you may visit "Cookie Settings" to provide a controlled consent.
Cookie SettingsAccept AllReject All
Manage consent

This website uses cookies to improve your experience while you navigate through the website. Out of these, the cookies that are categorized as necessary are stored on your browser as they are essential for the working of basic functionalities of the website. We also use third-party cookies that help us analyze and understand how you use this website. These cookies will be stored in your browser only with your consent. You also have the option to opt-out of these cookies. But opting out of some of these cookies may affect your browsing experience.
Necessary Always Enabled
Necessary cookies are absolutely essential for the website to function properly. These cookies ensure basic functionalities and security features of the website, anonymously.
Functional
Functional cookies help to perform certain functionalities like sharing the content of the website on social media platforms, collect feedbacks, and other third-party features.
Performance
Performance cookies are used to understand and analyze the key performance indexes of the website which helps in delivering a better user experience for the visitors.
Analytics
Analytical cookies are used to understand how visitors interact with the website. These cookies help provide information on metrics the number of visitors, bounce rate, traffic source, etc.
Advertisement
Advertisement cookies are used to provide visitors with relevant ads and marketing campaigns. These cookies track visitors across websites and collect information to provide customized ads.
Others
Other uncategorized cookies are those that are being analyzed and have not been classified into a category as yet.
SAVE & ACCEPT